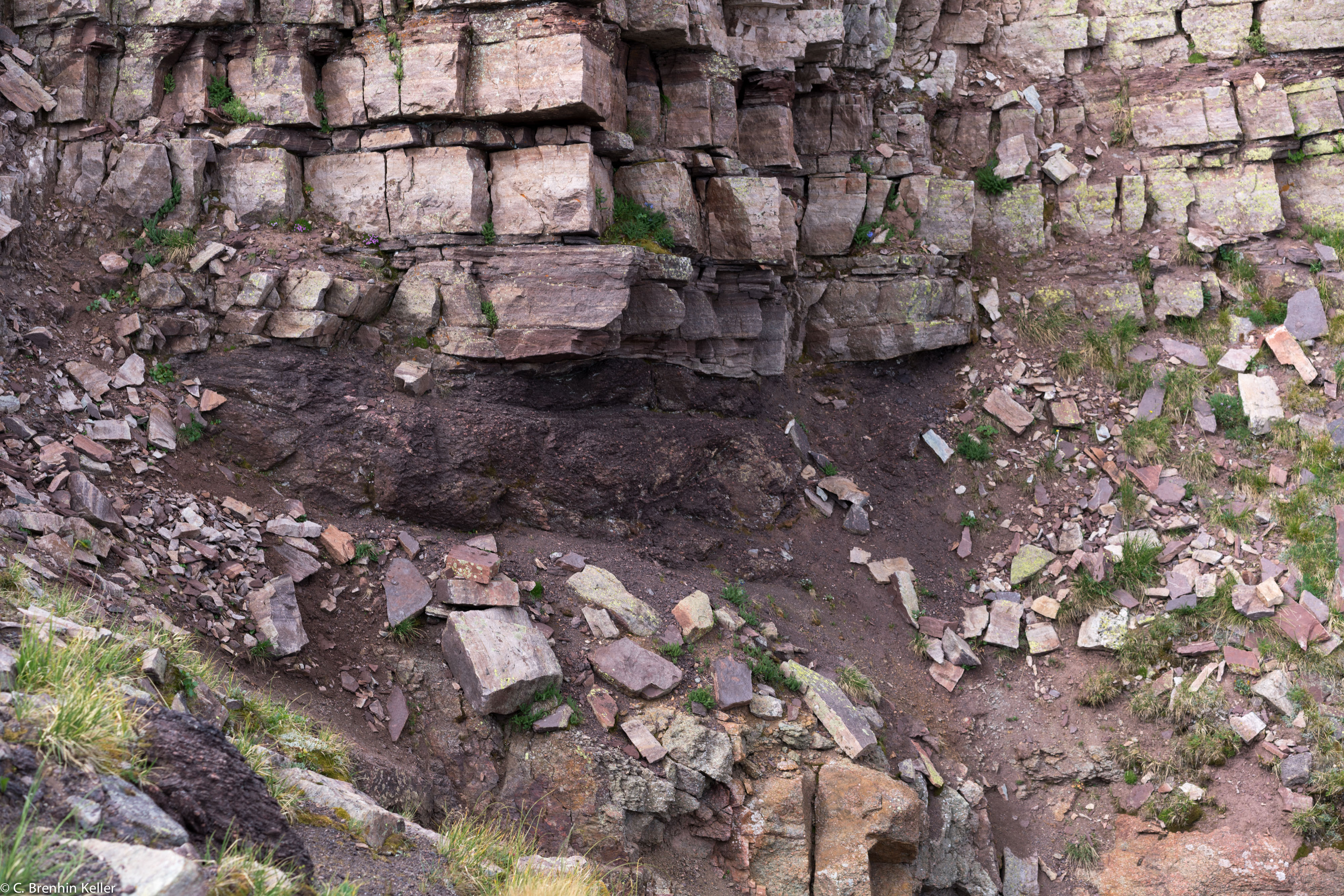 A closer vew of the nonconformable contact between the Ignacio Sandstone and the Eolus Granite in the Needle Mountains, Colorado. Note hematitic coloration in both basement and overlying sandstone. 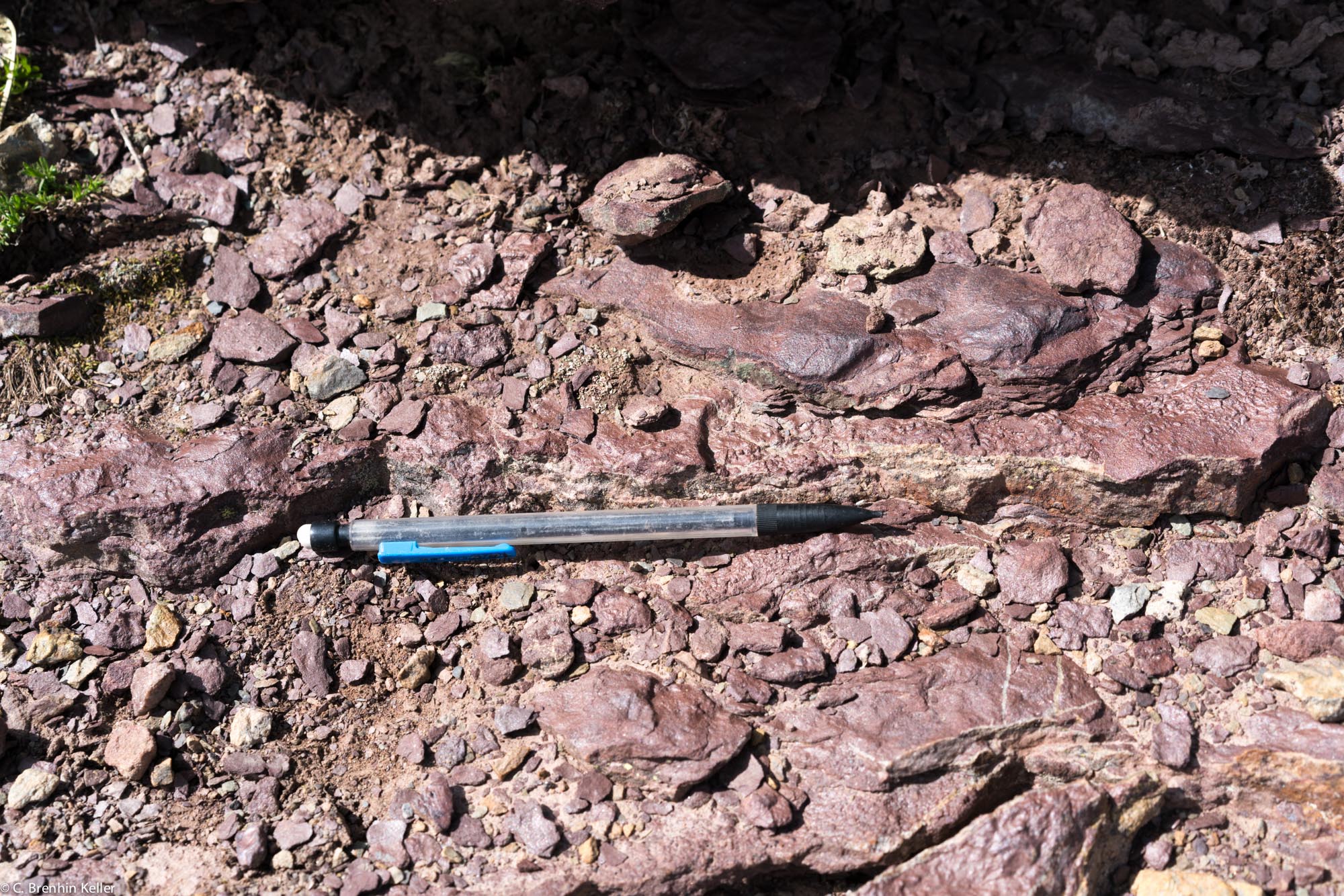 Burrowed, mat-like siltstone and sandstone beds in the Ignacio Sandstone shortly above the Great Unconformity. 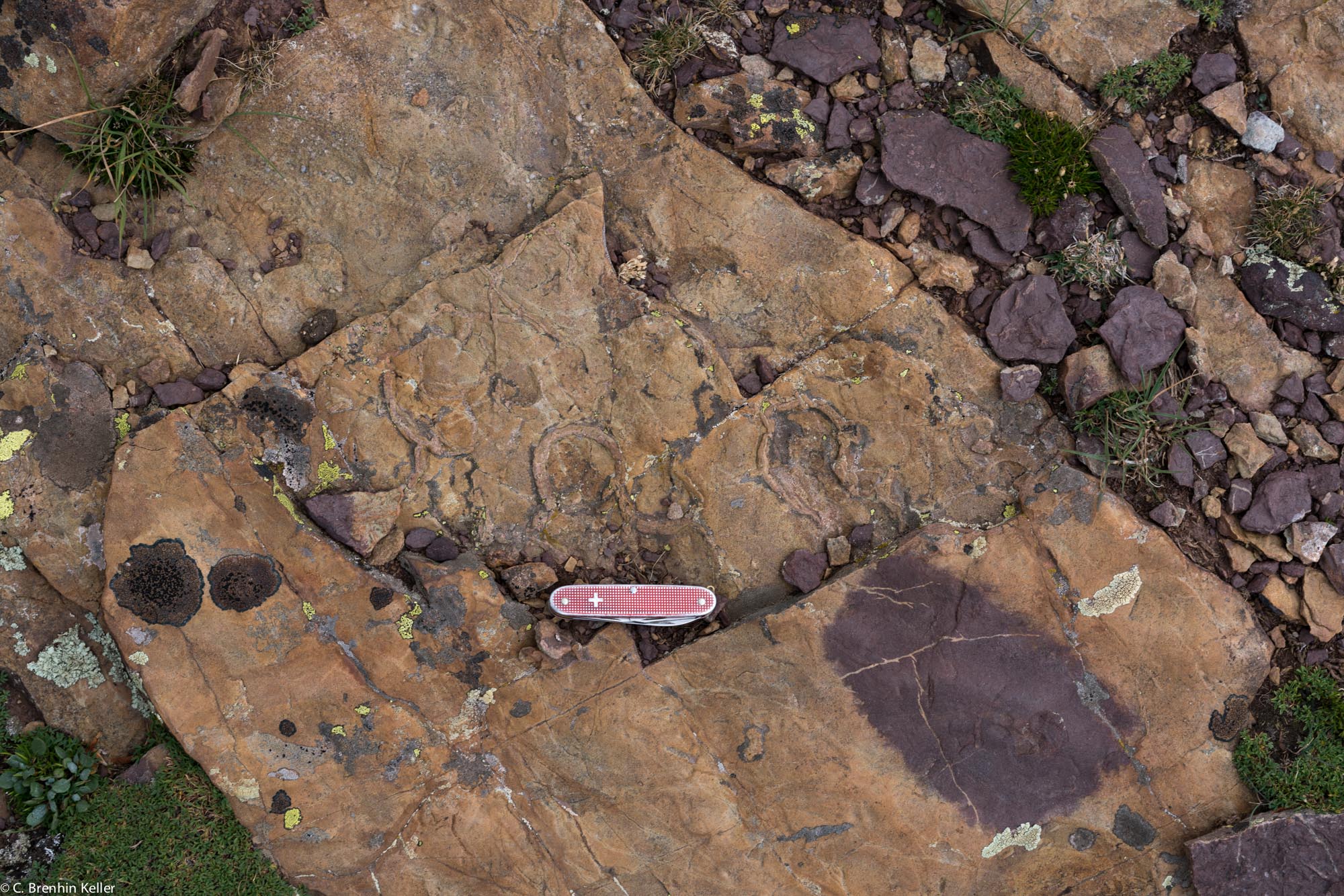 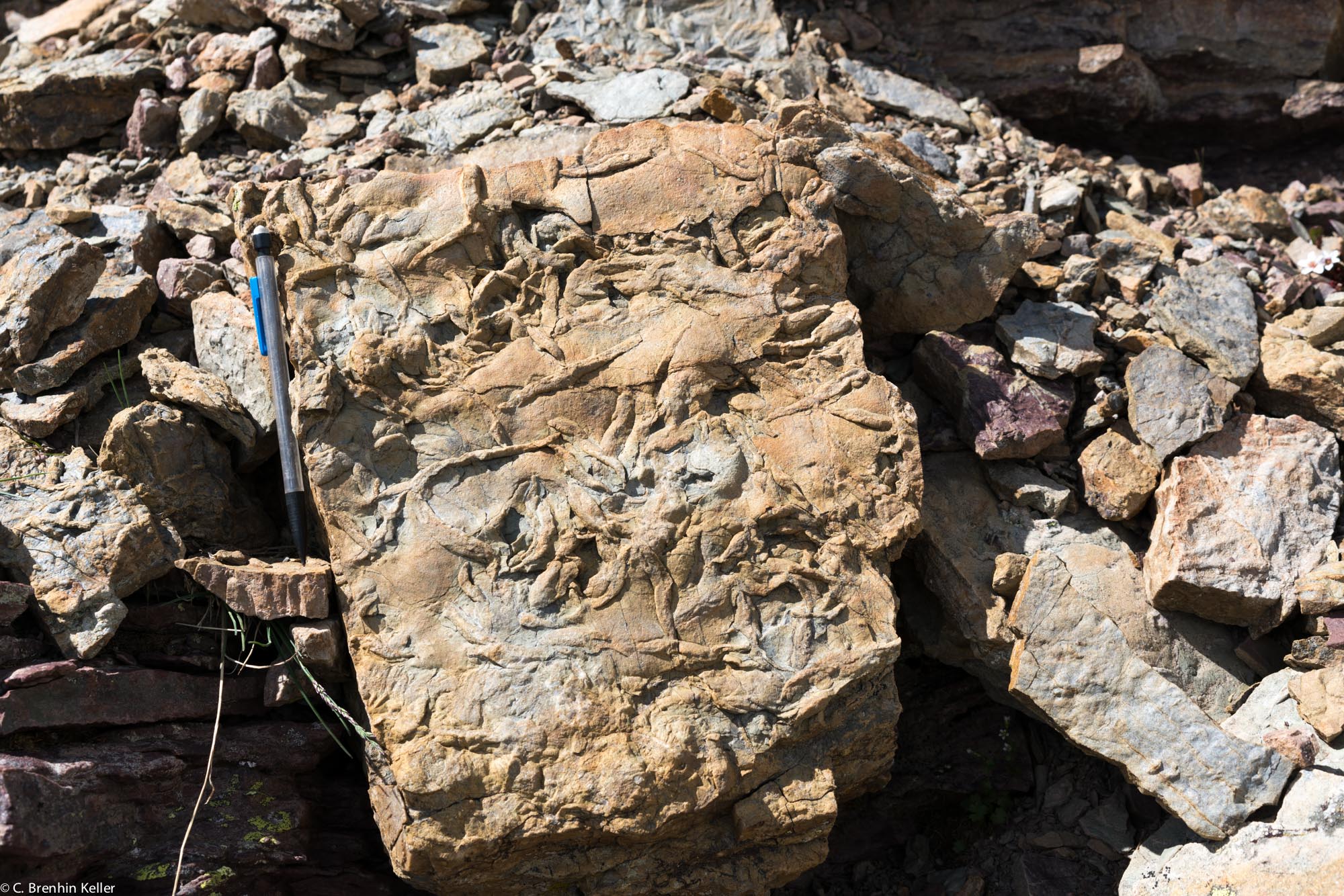 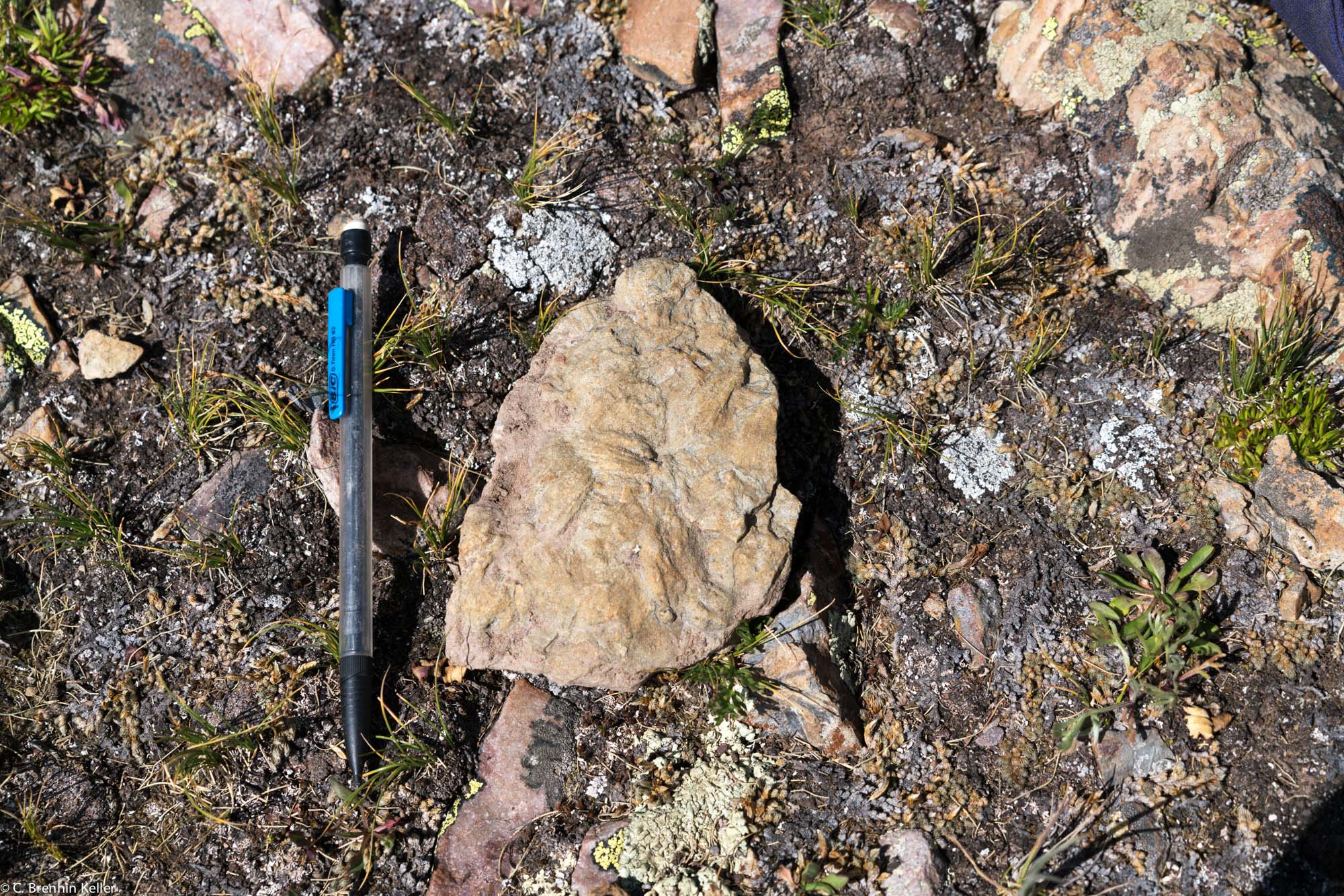 Rusophycus sp. (trilobite resting trace) in float shortly above the Great Unconformity in the Needle Mountains, CO. Together with the rest of the local trace fossil assemblage, suggestive of an early Cambrian ichnofauna. 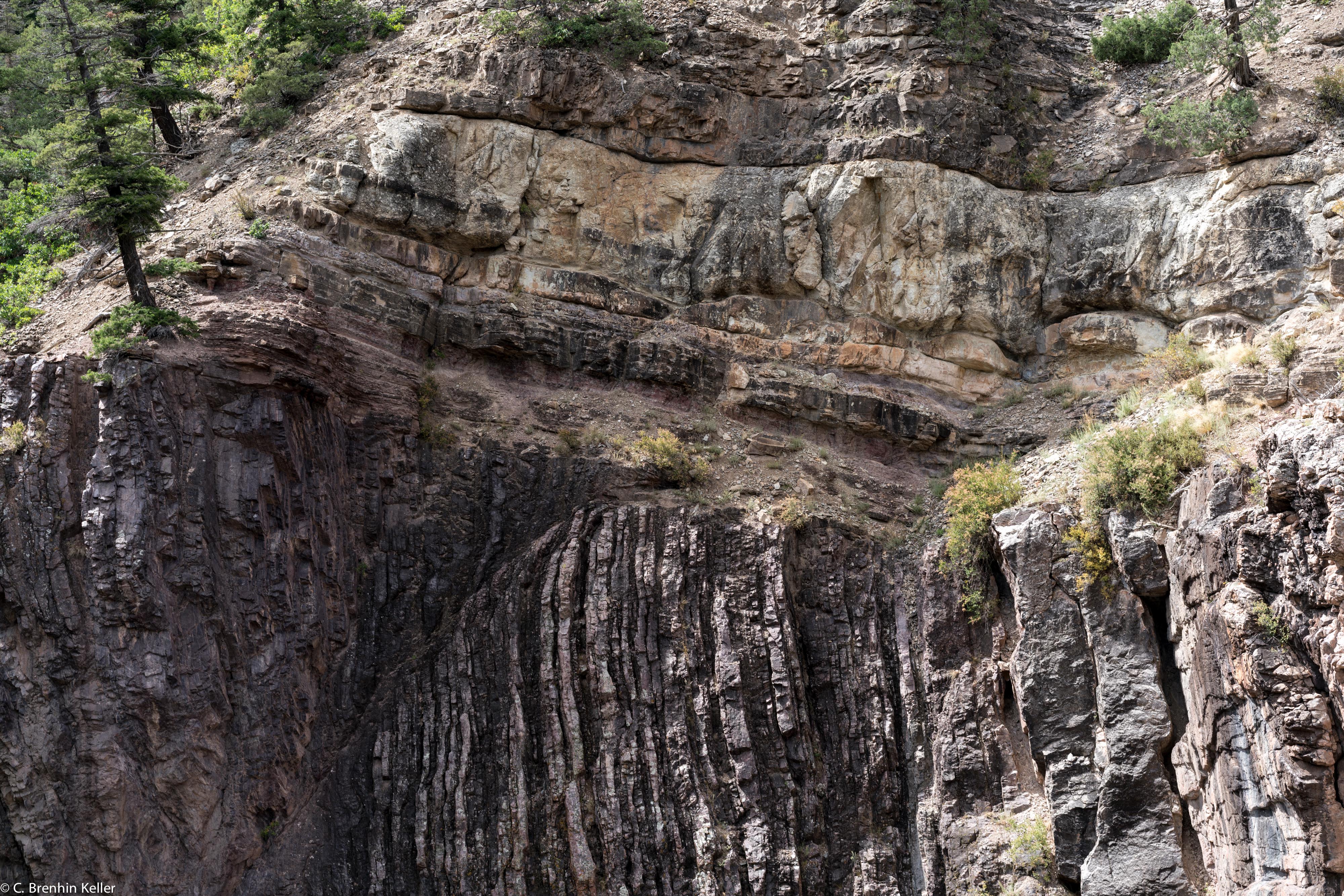 Nearly orthogonal unconformable contact between the metamorphosed Paleoproterozoic sandstones and siltstones of the Uncompaghre Formation and the flat-lying Devonian Elbert Formation near Ouray, CO. 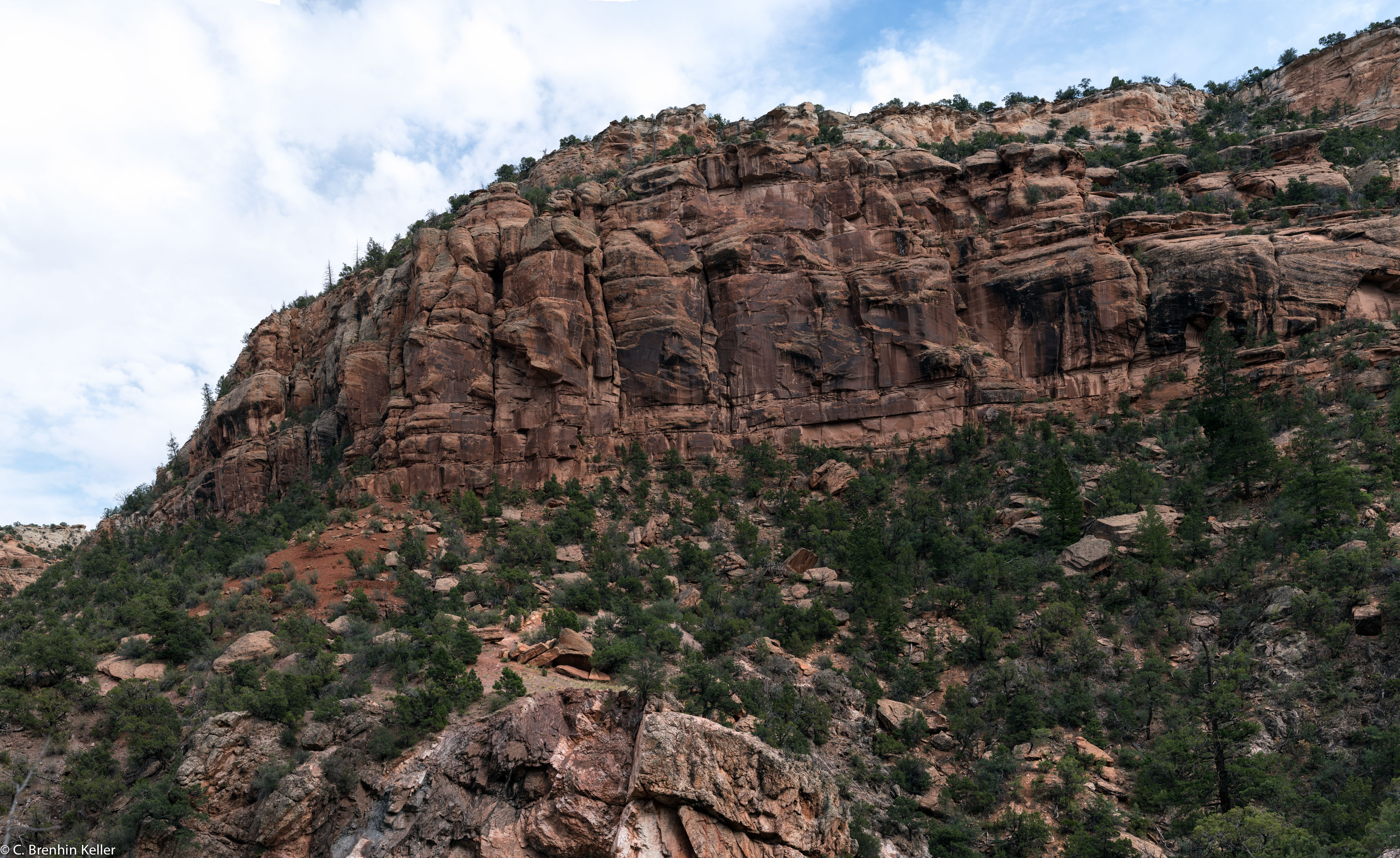 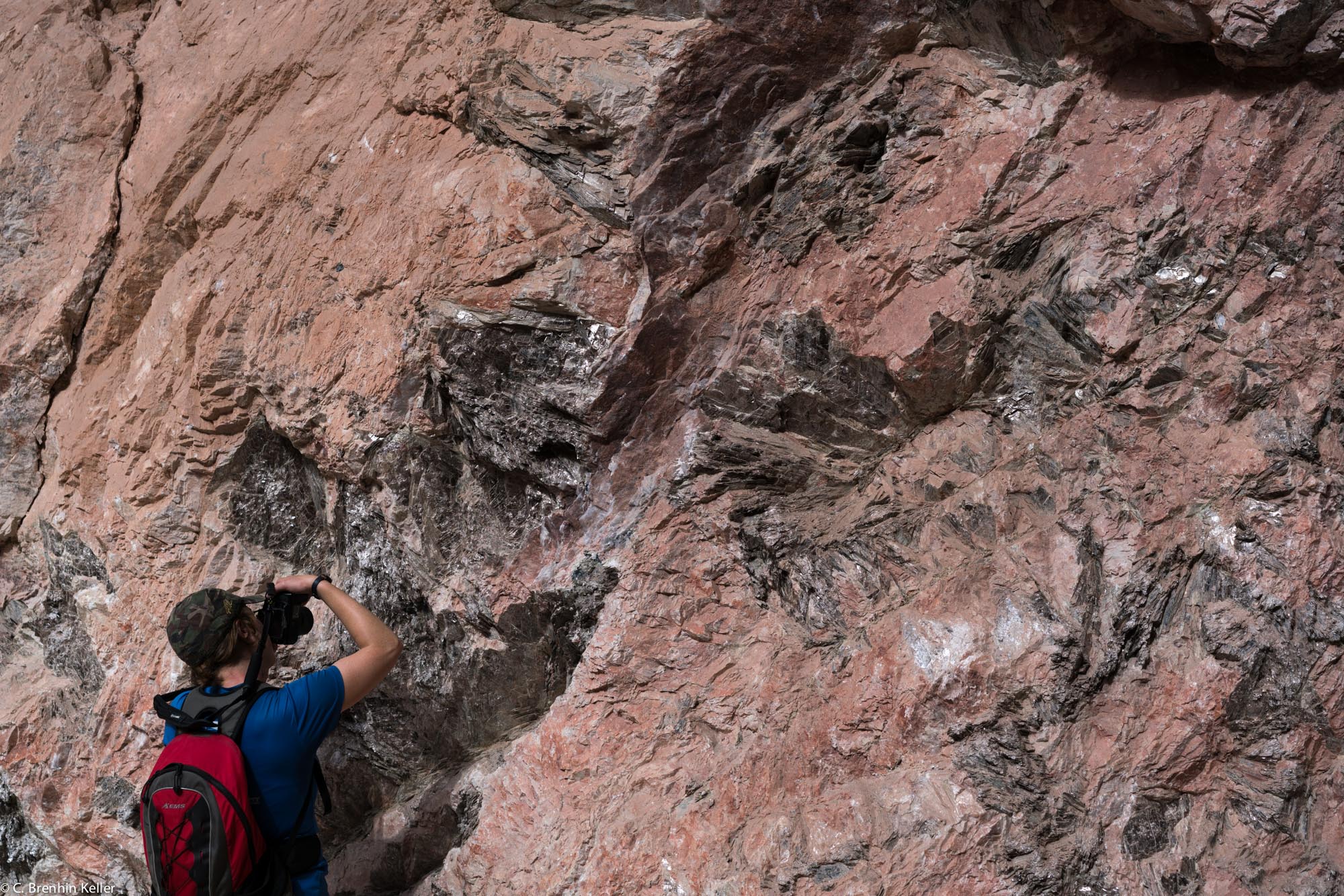 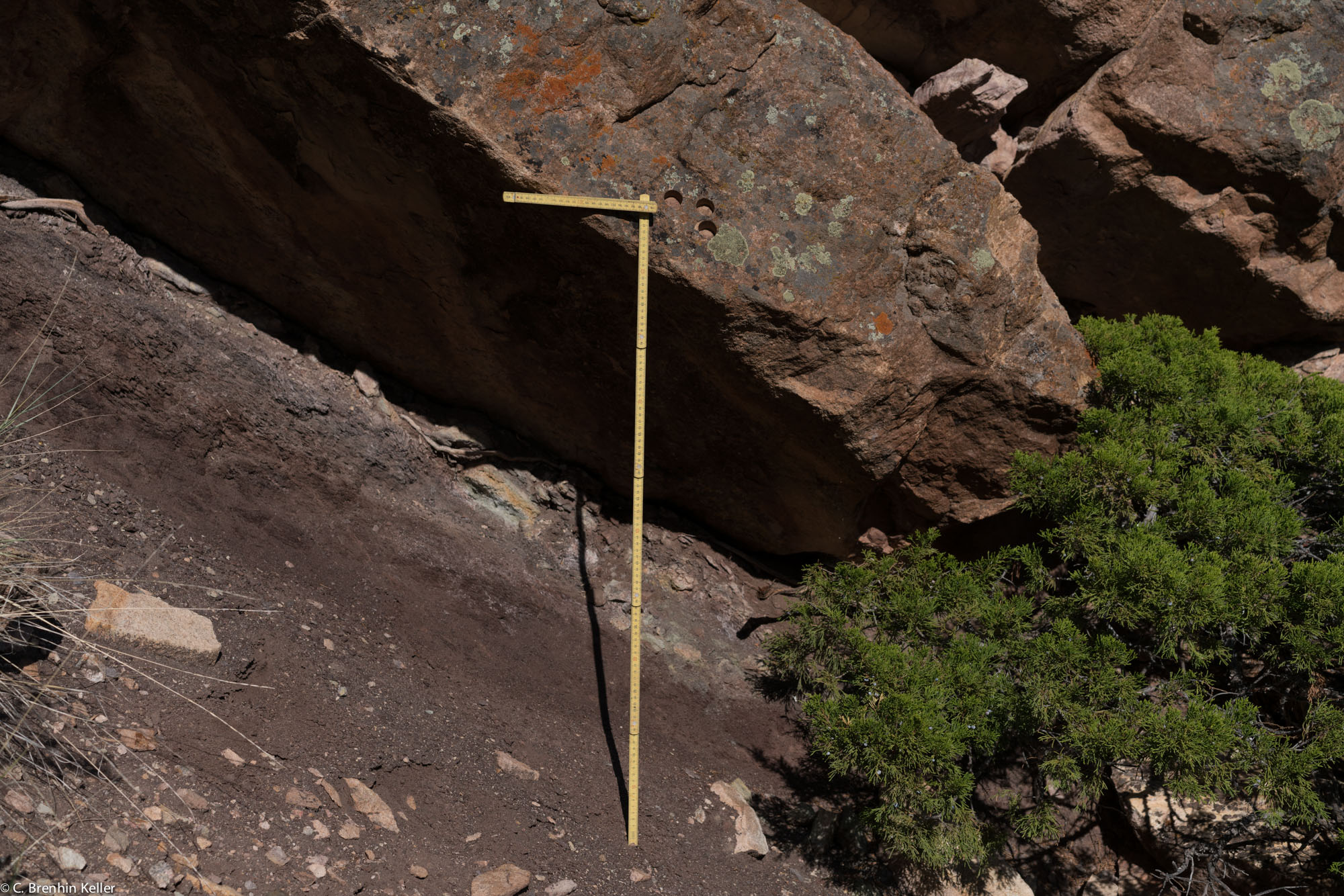 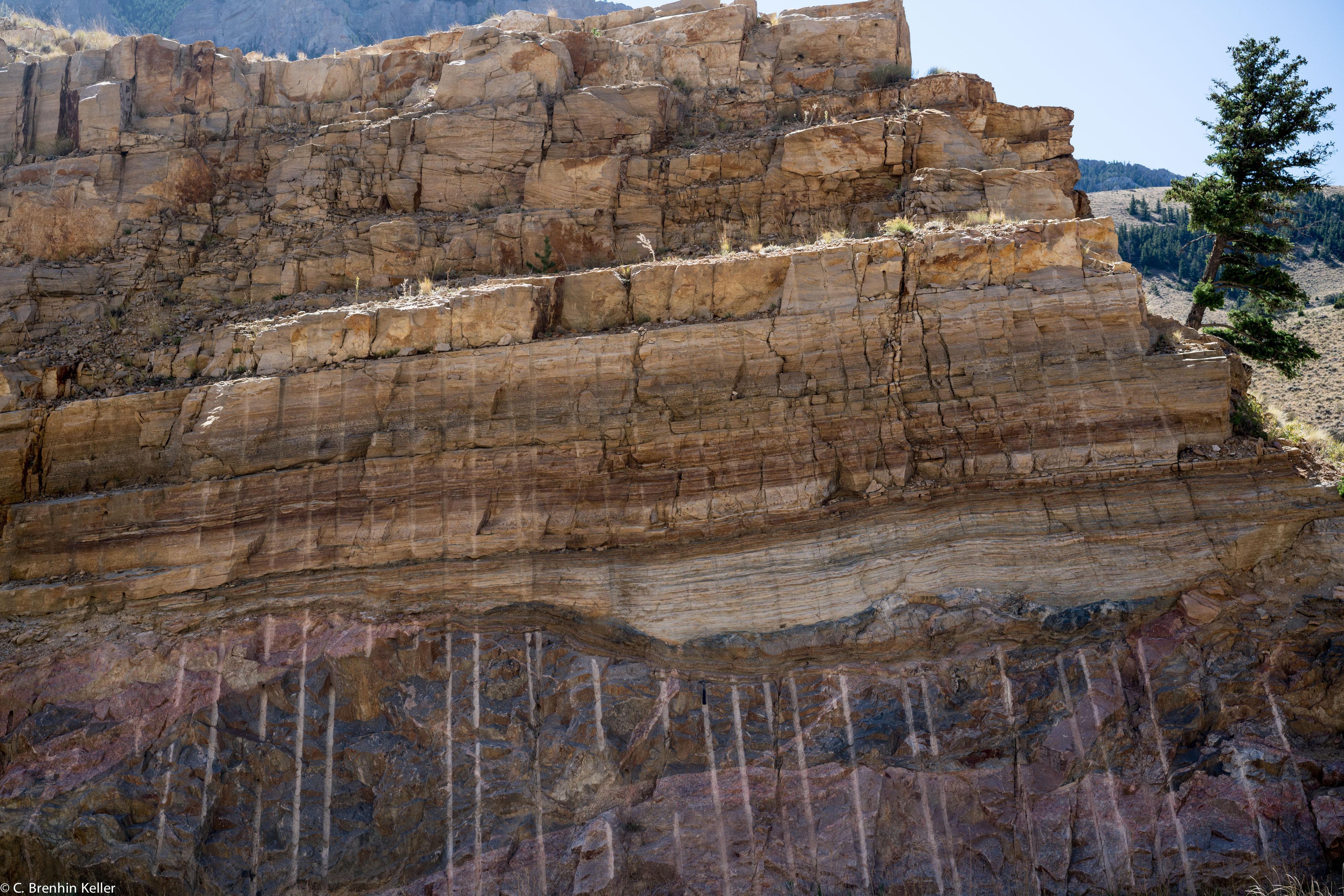 Cambrian Flathead Sandstone unconformably ovleries the Archean “Oldest Gneiss Complex” of the Wyoming Craton in a roadcut in the canyon of the Shoshone River near Cody, WY. 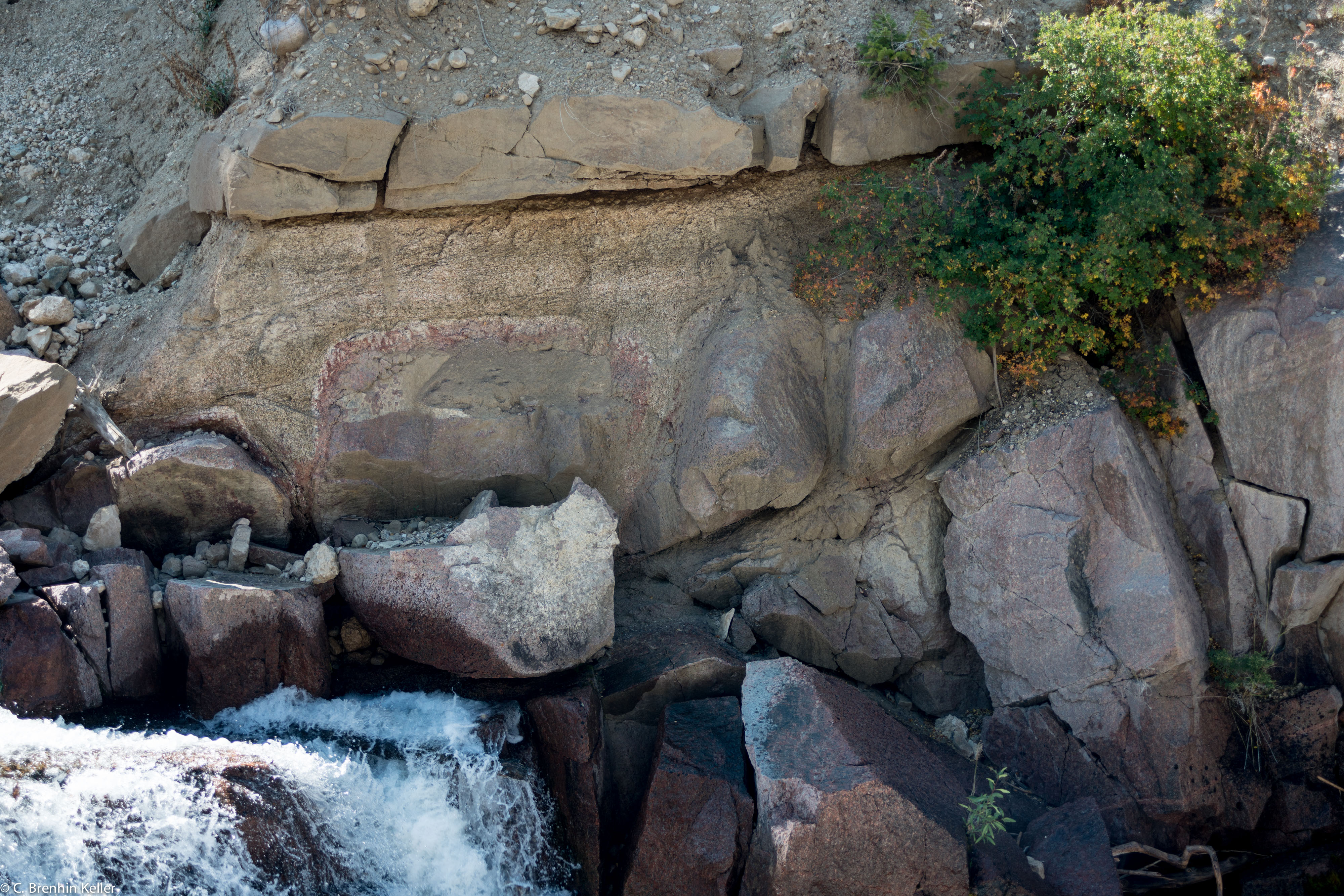